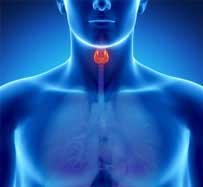 Hashimoto's disease, also known as Hashimoto's thyroiditis, is a chronic autoimmune disease that causes the body's immune system to function incorrectly. This usually results in damage to thyroid cells and the inability to create the thyroid hormone, T4 (Thyroxine). If you're interested in learning more about Hashimoto's thyroiditis, please call (201) 806-6099 or contact Medwell Orthopedics & Functional Medicine for Men & Women online.

The main effect of Hashimoto's disease is a deficiency of the TSH hormone, also referred to as hypothyroidism. The common signs of TSH deficiency include:

Those who have had previous thyroid surgery, or have suffered from hypothyroidism or hyperthyroidism in the past, are at a much higher risk of contracting Hashimoto's disease. If you've struggled with thyroid complications and are seeing these symptoms, please call (201) 806-6099 or contact Medwell Orthopedics & Functional Medicine for Men & Women online.

There is a bigger risk of Hashimoto's thyroiditis for those suffering from other autoimmune diseases , such as:

Hashimoto's is caused primarily by the inflammation of the thyroid gland . This inflammation is frequently induced by a viral illness, or may stem from issues such as GI inflammation, obesity and even genetic components. The disease can also be caused by age, weight and may even be hereditary.

The thyroid gland plays a major part in pregnancy; it's worth discussing Hashimoto's disease with a doctor if you are pregnant or trying to become pregnant.

While there's no cure for Hashimoto's disease, it is treatable. The most common, effective treatment for Hashimoto's thyroiditis is thyroid replacement. Your doctor can treat you various types of thyroid replacement ( synthroid, natural dessicated thyroid, compounded T3/T4 or slow release T3). Your doctor will also search for the root cause of the autoimmune disorder  and work to modulate the immune system with diet and supplements.

This condition can also be treated using adult stem cells . In Hashimoto's disease, the body attacks cells of the thyroid gland, limiting, and reducing its ability to produce thyroid hormones, usually leaving patients hypothyroid, and requiring thyroid medication. The multipotent ability of adult stem cells harvested from fat tissue is under investigation as a method for treating Hashimoto's disease.